COVID Quarantine – Driving Distrust and Division in our Country 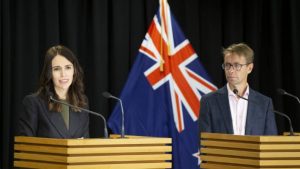 The purpose of this article is to highlight the primitive behaviour known as parochial altruism and demonstrate how it can pull us together and also drive us apart.  Every leader needs to understand how this works if they ever hope to bring a team together and keep them together.  This behaviour is at the foundation of what we call Safe Leadership.

Bringing our Nation Together

Irrespective of your political views, from a leadership perspective the New Zealand government did an excellent job of navigating the country through the initial phases of COVID-19 outbreak.  In unprecedented times our leaders took a very decisive stance on the pandemic, determined to stamp it out in New Zealand and stop all community spread in as short a time as possible.  To date no-one can argue that they have not been successful in that outcome.   Our nations leaders ability to unite us against this threat, encouraging us to all do our bit to ensure it did not get a real hold in our beloved country exemplifies the positive side of parochial altruism.

What is parochial altruism?

parochial – to identify ourselves belonging to a group that is defined by its ethnicity, language or religion.

altruism –  the self sacrifice to the greater good of the group.

Since March this year, our country’s leaders have brought a real sense of parochial altruism to everyone who called New Zealand their home, they did this by showing clear direction, being decisive and firm in their convictions and doing so whilst communicating clearly to us and showing us all empathy for the effort that we were all making.  These actions is what every human being expects from their leaders.  No-one ever decided to follow a leader that did not know where they were going or how they intended to get there.  It is a fundamental need of a human being to be part of something bigger than themselves that provides them and their family with the security they need and expect.  It was this that the government did really well, it was this that united our team of five million.  This is parochial altruism working at its best, this is what we call Safe Leadership.

The Threat to our Team of Five Million

Since New Zealand went into lock down level 4 approximately 32,000 kiwis and permanent residents have come back to the country (at the time of writing this in early July).  Those that managed to get in early in lock down, joined the team of five million and did what the rest of the country had to do to break COVID-19’s spread, they were part of the team.

What is happening now is something completely different, Kiwi citizens and residents are still returning, but they are no longer being viewed as “part of our tribe”, they are being seen as a threat, a threat to the “team of five million”, a threat to undo all the good work everyone did to break COVID-19 in this country.  Let me explain from how our brain is wired as to why this is happening, there are several things at play all rolling out at the same time, fueled by one or more hormones in our brain that rewards us for taking action to survive:

All of the points in 2 & 3 above are driving a them and us culture, fueled by the media’s propensity to feed on tragedy and bad news (fueling our threat levels) and further driving division in our society.   It is the reward hormone oxytocin that is driving this self protecting view point which labels others a “threat” or “not part of our group”.   This now is the territory of the Un-Safe Leader, one who fails to unite everyone, one who leads through fear and uncertainty.   I’m not saying for one minute that our government are leading through fear, but there is an element of uncertainty around whether our team of 5 million can stay safe and as long as that is there, division will happen as people start to take care of their own safety rather than rely on their leaders to do this.

In the case of New Zealand and what the government are doing post lockdown, its a fine balance between keeping the team of five million informed but also minimising the threat to them.  This balance at the moment, in my opinion is not right, more focus needs to be put on minimising our perceived threats.  Areas that could be considered:

If every leader focused on how to create one large “in-group” and leverage the good side of parochial altruism, they would experience highly levels of unity, engagement, productivity and ultimately success and at the end of the day that is what we are all looking for.