What is it that makes an inspiring leader? The type of leader that their team will follow to the ends of the earth without question. Certainly, it involves a large level of trust, but why do some leaders manage to create trust innately, without seeming to earn it?

Those people that manage to build almost instant rapport, whether it’s an individual or a group, are using a chemical (some argue is a neurotransmitter) called serotonin. Though it’s known for helping boost mood, sleep and energy, it’s also the hormone that is a huge foundation for strong leadership. Dynamic leaders manage to raise levels of serotonin in their organisation simply through their interaction with that team.

The basis of producing chemicals in our body to keep us safe goes back well before the clans came together. In fact, the production of serotonin was a key driver in clans gathering in order to thrive and as a result, having a leader in place that protects them. The more that the clan leader instilled confidence in their followers the more prepared that clan was to take on new challenges, such as exploring new terrain that might in turn result in finding new sources of food.

In the modern organisation we face different issues than those of our past clans but the leader that produces serotonin in their team still has the result of an increase of confidence and therefore taking on more challenges on behalf of the organisation.

90% of the serotonin found in the human body is in the intestines. Which makes me wonder if it’s one of the reasons we talk about having a ‘gut feeling’ about someone. If you create a boost in serotonin in people through your interaction with them then maybe that feeling that people have really does come from the gut and not the brain. Which supports the view that simply saying the right things is not enough to forge that trust. Is this another reason that some people build that trust so quickly with their team?

Three things a leader must do to produce serotonin

A leader must show they are competent in their field. No one will follow an incompetent leader. Incompetency at a leadership level is perceived as that leader not being able to protect their followers and therefore unable to aid their survival.  If incompetence is displayed, then their followers will distance themselves from the leader as much as possible.

No great leader ever asked their followers to do something they were not prepared to do themselves. Indeed, the whole meaning of being a leader is to “lead the way”, which means going first. Great leaders have the ability to demonstrate to their followers what needs to be done so they can empower them to do it themselves.

Know where they are going

No-one will follow a leader that has no direction. A leader must show that they have a longer-term goal – that they have a purpose which they are trying to fulfil. Great leaders can “rally their troops” towards their purpose, giving their followers something bigger than themselves to engage in.

Too much of a good thing

But what happens when a leader ‘overdoses’ on serotonin? When a leader gets too ‘high’ on serotonin then they run the risk of being so over the top that they fail to follow through on the promises and responsibilities that they’re required to fulfil. As you’d guess then, by demonstrating a lack of follow through to the team the trust and confidence drops within that organisation. This is why I’m a huge advocate of ensuring balance within the production of the helpful chemicals in our body.

With a leadership style that is balanced between the charisma of a serotonin leader and the drive of a dopamine-producing leader, then you’ll maintain that happy balance of motivation and influence so that you’ll move your organisation towards larger successes. 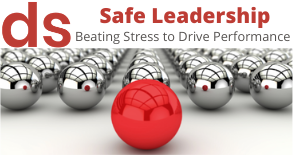