What Is The Fundamental Role Of A Leader?

What is the fundamental role of a leader? An interesting question which spawns all sorts of debate when asked in a group situation with answers like “keeping the organisation profitable”, “leading by example”, “creating a long term strategy”, “making the hard decisions”, etc. All of which may be part of their day job but in my mind the number one fundamental role of a leader is to provide safety. Let me explain… 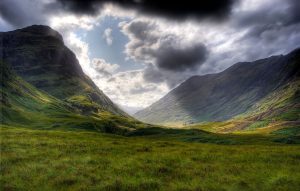 Back in the Day…

When I am talking to leaders about this, I draw upon my own ancestry to demonstrate my conclusions. Although I live in New Zealand now, for those that don’t know me personally I was originally born in the highlands of Scotland, immigrating to New Zealand when I was 29 years old. My sons occasionally ask me “what is Scotland like” and I often respond, its a beautiful country but it is bleak, cold and wet! Which often had me thinking, without the modern inventions of double glazed windows and central heating how on earth did my ancestors survive?

Although there is evidence showing that humans have lived in Scotland since 10,800BC, I take my leaders back to the 11th century where written history starts to gain momentum and our understanding of those eras is better (but certainly not perfect!). At the head of each clan their was a clan chief and just like any other tribal society the clan chief received the best of everything. They ate the best, they had the choice of the best females (to pass on the stronger genes – another survival mechanism for the clan) and the best houses, they received these things for one reason and one reason only to provide safety to the clan. They were the biggest and strongest males in the clan, when danger threatened the clan, who went out first to face the danger, the chief did, it didn’t matter whether it was a pack of marauding wolves or a raiding party from another clan, the leader went out first with his most able men to fend off the threat (this is where respect, trust and love comes from to the leader from the clan). If he died in the course of protecting his clan then his first born son would carry on protecting the clan. It was absolutely paramount to the longer term survival of the clan that the leader led and did everything in their power to protect the clan.

So Why Is This Not The Same In Business?

Knowing that humans are wired to be part of a family (clan) unit and that as part of a clan we need a leader to look up to and protect us, why then do leaders in business fail in this aspect more often than not?

If the fundamental role of a leader is to provide safety to their working clan, (the threats are different, it’s now competitors in the market place rather than warring clan neighbours) why then do so many throw their clan members under the bus when things go wrong (it wasn’t their fault, it was Marketing, they got the research wrong), yet still take the rewards of a leader (in the form of big pay checks, flash company cars and share options). With the most dysfunctional of organisations where office politics are rife the issue without (I’ll will eat me hat with this statement if someone can prove me wrong!) any shadow of a doubt will always come back to the ineffectiveness of the leader and/or the leadership team.

By not providing a strong culture and a safe environment for people to step forward and step up without recrimination, then the leaders force the people within the organisation to protect themselves in their own little groups. These little groups will often have their own leaders for example the Sales Manager in the sales department. If their team is feeling threatened the Sales Manager (if they are an effective leader) will protect his working clan at all costs from the threat that may be the Marketing Department sending out wrong messages to their market, making it harder for the sales people to do their jobs or the Finance Department who have cut the sales teams budgets. If this environment is left to fester, the outcome will be a dysfunctional leadership team who come together in their management meetings to position their own teams first to protect them (the source of the office politics), with little thought to the advancement of the organisation as a whole.

On The Flip Side…