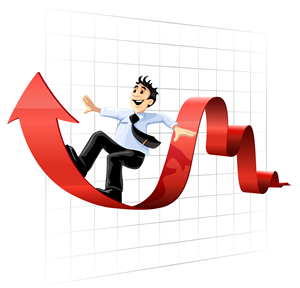 In my travels as a business mentor and coach, all too often I come across great businesses of all sizes doing what they do really well but barely being able to keep control of their team.  More often than not, they do not use Key Performance Indicators (KPI’s).

What is a KPI?

Wikipedia states that “KPIs are commonly used by an organization to evaluate its success or the success of a particular activity in which it is engaged. Sometimes success is defined in terms of making progress toward strategic goals, but often, success is simply the repeated achievement of some level of operational goal.”

The key word in the above statement is evaluate, if you do not evaluate your staff’s performance then how on earth do you know if they are doing a great job or a terrible one …… that’s right, your don’t!  One of the biggest threats to any business is it’s staff performance, the only way you can keep them focused on what they should be doing is to keep them accountable.

As a business owner or manager, you can know exactly what level any of your staff are working at, by putting KPI’s in place.  Give them goals to work towards, with these in place it will be easier for your staff to stay focused, when they have reached their goals, they will know they have done a good job, if they fail to meet their goals then the business owner / manager can use this performance level to identify areas that require training & development.

Keeping them focused on their jobs, helps to clarify their job roles and their responsibilities, this in turn minimises stress and confusion throughout the team helping them to maintain a happier working environment and be more efficient.  When it comes to their staff appraisals, the discussion can be help between the business owner and the staff member using factual information based around the KPI’s, making it easier for both parties to agree on the way forward especially around subjects like training & development, promotion prospects and wage increases.

No KPI’s in Place

Which company do you think will last the longest and perform the strongest?

So why wouldn’t you use KPI’s?