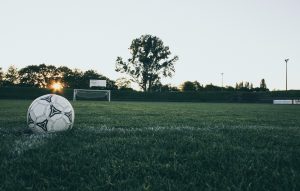 Fear kills team performance, I know this, my research backed this so as the football (soccer) season comes to a close I found myself reflecting on our highs and lows of the season and what worked and what didn’t. From a leadership perspective we had to learn a very big lesson!

Being in my late forties, I was quite frankly scared as hell when the Manager of the local football team asked me to join their team. He had found out in previous conversations that I used to play in goal and enjoyed it and as it happened they needed a goal keeper. What I hadn’t really told him was I had only played 5 a side football since coming to NZ 20 years ago, I hadn’t actually played 11 a side in nearly 30 years!!

Pre-season training started with 20 people in the team, approximately half of those had played together and half had not. The age range for our team went from 18yrs to me at 48yrs, there was a huge spread of skill and fitness levels across our team. The pre-season friendly games went well and the first couple of games in the season finished in us winning, our team performance was off to a great start, but that was not to last.

You see what started to happen, as we each grew more comfortable in each other’s company, our true natures started to come out and in 3 of our team members that nature was aggressive and often abusive. These 3 players were definitely skilled players, they played well, could read the ball and knew where they needed to be on the pitch at any given time. Unfortunately they did not suffer those who could not read the ball so well, whose skills were not as good and whose positional play needed to be worked upon. That intolerance came in the form of verbal abuse on the pitch, in the heat of the moment, shaming their team mates in front of everyone else.  Our team performance as a result was starting to drop.

As the first half of the season progressed, we started to lose matches, as this happened the abuse became a regular thing and got so bad, comments started coming out like “I didn’t sign up for this bull shit, I just want to have a good game of footy and have fun” and “If I have to put up with anymore of his abuse, I’m leaving, its not what I signed up for!”. By the time we got half way through the season a culture of fear had gripped the team. Nobody was willing to try anything new, we had a great coach that put us through our paces during the week but often those drills did not equate on game day, most players were too scared and defaulted back to what they knew or didn’t know! Our team was now losing to the tune of 7-4, 9-1 and 10-0.

The dilemma the Manager had was he didn’t want to be too hard on those good players because the team needed their skill, but he had been made aware of the impact they were having on the team too. Then a series of events happened that started to change the dynamic in the team for the better.

Over the next couple of games the atmosphere in the team changed, there was more laughter, there was more friendly banter with the opposition team members and more importantly we were not getting smashed 10-0 any more. By the end of the season we were enjoying our game once more and although we still had a way to go to start winning games we were losing by less than half the deficits experienced earlier in the season.

All of us are already looking forward to next season with a knew found optimism.

Although I have researched this topic for years, and I have been teaching this in business for years, when it came down to it I couldn’t stop the fear impacting the team I played in, why? I was scared myself, I didn’t want to fail and the stress I put myself under with my own expectations coupled with the abusive comments and snide looks from those three players magnified that fear to the point of inaction.

Fear kills team performance and it takes a brave person to challenge those spreading the fear to stop. If the person spreading the fear is the leader that becomes even harder to address. As leaders I ask you this, are you leading through fear? Are you the problem to unlocking your teams performance?