Why We Have Bullying in Our Organisations 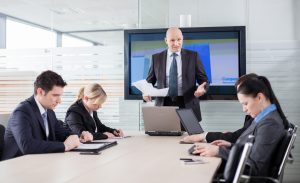 There is a lot of commentary in the media and articles on line that talk about bullying, villainising the bully and sympathising with the bully’s victim (the last part I totally understand) but I have yet to read anywhere about why the person being called the bully behaves the way they do.  It seems that this is where leaders wash their hands of any responsibility with comments like “they’ve always been like that!” or “They’re the boss, that’s just what bosses do!” and “We can’t afford to lose their expertise, lets put them into a different department, I’m sure they’ll work better there”.   This is why we have bullying in our organisations, we don’t deal with the cause of bullying, instead we at best put a sticky plaster on it and hope the behaviour will correct itself.

Before I talk about how bullying occurs I want to be clear around what I mean by bullying.  Bullying is the persistent misuse of power.  It is ongoing offensive, abusive, intimidating, malicious or insulting behaviour that makes the recipient feel upset, threatened, humiliated or vulnerable.  The point I want to make here is that the bullying behaviour needs to be persistent, which means it happens over time and in my mind this is where we have our focus completely wrong in dealing with bullying, let me explain.

If you have ever been the victim to bullying behaviour, ask yourself this “Was the bully a happy person?”  In all the work I have done in organisations and all the experiences I have had first hand, the bully is never happy.  This makes sense because bullying behaviour comes from a place of stress not happiness.  The last time you were frustrated or angry with someone, how did the conversation go, was it all smiles and calm conversations, I doubt it, its likely that the conversation was tense (at best), there would have been no smiling, indeed it’s likely your face would have shown your frustration and likely your tone of voice would have done the same.  This is nature, we can’t help it, our brain in this state is being ruled by our amygdala (the primitive part of the brain) whose main role is to ensure our survival, it is where our fight or flight responses stem from.  When we are faced with behaviour or an environment we feel is threatening we instantly go to this flight or fight response and for us to be able to fight we need aggression and lots of energy so we can survive the encounter, it is this side of us that comes out when we are under continual stress.

We are not at our most pleasant in this state and it is in this persistent state (known as chronic stress) that our behaviour can change to one that could appear bullying to others around us.  This is why bullies are never happy, they themselves are feeling under threat, they are acting out the only way they know how to survive the hostile environment or people around them.  The bully is as much a victim as the victim of the bully, it is this that most leaders do not understand.

Removing Bullying from an Organisation

Leaders must understand that they should not be focused on removing the bully from the organisation, instead they need to remove the stressors that lead to bullying behaviour within their organisation.

I have made it all look very simple in this article to deal with bullying behaviour, it is anything but simple.  As said before, this behaviour is developed over long periods of time, often on the back of deep rooted systemic or cultural problems.  When leaders become brave enough to rectify these things, it can takes months or even years especially if the cause of the problem is the senior leaders themselves.  Of course the same rules apply at the top of an organisation, what is it that is causing those leaders the stress?  Once they confront that and deal with it, they can drive change from the top and over time remove the scenarios that could lead to negative behaviour and bullying from ever taking hold.