Never Underestimate the Significance of Stress

If you are a leader you NEED to read this article!!

Leaders, have you ever come across an issue in your workplace where you get increasingly frustrated with someone’s lack of performance?  To have to keep going through performance review after performance review to have the same conversation with no consistent improvement?  Maybe you are looking in the wrong place and asking the wrong questions to bring that team member back to their original high performing self.  Maybe you need a completely different approach to poor performance, let me explain. 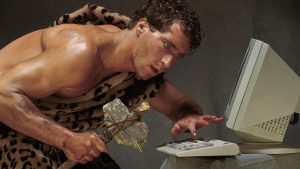 Our brain has evolved to ensure our survival in a world that was harsh but relatively simple.  It is designed to be in the moment, always measuring its environment for threats to its life or for opportunities to extend its life (food, water, shelter, etc.).  Our brain rewards us for doing things that aid our survival by releasing hormones to make us feel good.  Our brain also releases another hormone called cortisol when we are under threat, cortisol is released as part of our fight or flight mechanism which also increases our blood pressure, heart rate, and energy in the form of glucose that protects us from immediate danger.  This system has been integral to our survival as a species and indeed our body is designed to jump into the state, deal with the immediate danger and then just as quick come out of the state.

The problem with our hunter gatherer brain is that it only has the one stress (fight or flight) response.  To the brain it does not matter whether it is staring at an angry grizzly bear or an ever expanding to do list it uses the same response, it has not evolved any other responses to things that worry us that are not life threatening.  When we are in this state are we happy?  Of course not, the best survival strategy when staring down an angry bear is hardly to tell it a joke or give it a hug and a scratch behind it’s ear, almost certainly we would be its next meal.  We get tense, we get threatening and angry, our brain puts us into a state of mind where we are able to lash out and defeat our foe or we run fast to escape the threat.  This state requires us to get serious, to make decisions fast and to think about ourselves over everyone else, this state is what I refer to as “someone going primal”.

This creates a huge problem in our very busy and complicated world as many of us are under constant threat (as our brain perceives it) from the stresses of juggling hectic work demands, family and friends.  This can make many of us constantly unhappy, some even angry, and at any given time, unpleasant to be around.  As a leader, if you are in this state, how do you think you make the people around you feel, do you think they may feel threatened too?  Being under constant threat is not how our body was designed, it cannot cope with being in this state for long periods of time, something we now refer to as chronic stress.

The leaders of any hunter gatherer tribe’s main responsibility was to protect their tribe, face off danger, find enough food and suitable shelter.  The primary responsibility of a leader today is still to protect their tribe (work and family) by facing off danger, finding enough food (income) and providing suitable shelter (work / home environment).  So what does this actually mean today, let me explain.

The vast majority of us today will never have to face a grizzly bear, for most our dangers have completely changed, they have gone from the visible in the moment, to often the intangible (but no less real) in the future, for example thoughts like “If I don’t get the piece of work finished by the end of the day, the boss might fire me!”  That thought could be enough for the brain to trigger its threat responses due to its perception that the ‘boss might fire me’ will impact its ability to survive.  Here is where most of the problems stem from in our modern world:

If the leader is inconsistent in any of the areas above, this can make their followers feel insecure around their expectations and also their future in the organisation.  When this happens people will do what they think is best to preserve their future, whether it is actually what the organisation needs or not.  This all creates an environment where chronic stress manifests itself and stays for a very long time.

Chronic Stress is so common in our work places, in 2018 the Health and Safety Executive in the UK recorded 15.4 million working days lost to work-related stress, depression and anxiety and those statistics are getting worse not better from previous studies.  The problem we have is when someone is under the influence of stress over a period of time, the cortisol released in the body does a number of things including severely impacting the digestive system, the immune system, our spatial awareness and our ability to store and recall memory.  It does this because the brain has reasoned for thousands of years that the body doesn’t need those functions if it is about to be eaten by a grizzly bear, much better to use the energy from those systems and organs to fuel the muscles to deal with the threat.

A Poor Performer is Born

Here is where poor performance comes from, it always comes from a place of stress due simply to cortisol making it hard for us to think straight and be in a happy mood, making us sicker and requiring more time off and even making us more clumsy and unsafe.  In time when anyone stays in this state, their work colleagues become wary of them, even distancing themselves from them incase their poor performance drags them down (this is a defensively aggressive behaviour that destroys teams and causes office politics).  The typical action of a leader or indeed HR is then to put the employee on a performance review until they prove they can reach the standards required of them.  Often what happens is the employee may manage to reach the desired standard but rarely maintains it so then everyone involved has to go through another performance review and that horrible cycle continues until, more often than not, the employee leaves.

Here is the sad part, often the next employee that moves into that role, in time, suffers the same fate, they too end up in a performance review and may also end up leaving.

Leaders need to acknowledge the poor performance but focus on asking some serious questions about the environment around the poor performer.  Are there processes that don’t work, is the demands of the role too much for one person?  Are others demanding more of the person in the role?  Are you as their leader putting too much demands on the person?  Are you as a leader creating a psychologically safe environment for that person to produce their best work?  Have they been adequately trained for the role?  The list goes on.

This is what leaders are not doing well and in many cases not doing at all.  If leaders don’t address the working environment around a particular role sub performance will continue no matter who is there.  This means the focus of every leader must be to identify the stressors (they could be systems, processes, environments or people!) and then plan and put in place initiatives to remove those stressors.  Once that has happened, then the focus should be centred on the the person within the role to ensure they have the training and support they need to reach the standards expected of them.

As a leader are you absolutely positive you are not the cause of the poor performance in your organisation?